It’s really hard to believe that there’s only just over 2 weeks left before ‘America Day’ descends upon the TWFDan Household and we gear up for the Super Bowl. It doesn’t seem like more than a month or two since the season began – I vividly remember feeling like a kid on Christmas Eve back on the evening of the 8th September as I waited for the Dolphins to kick off their season (little did I know that game would take over 7 hours to complete due to various weather delays!!).

But we’re down to the Elite Four now, with the Rams and Saints representing the NFC, and the Patriots and Chiefs waving the Red flag for the AFC, and once again it’s both conference’s first and second seeds who meet for a place in the Super Bowl. 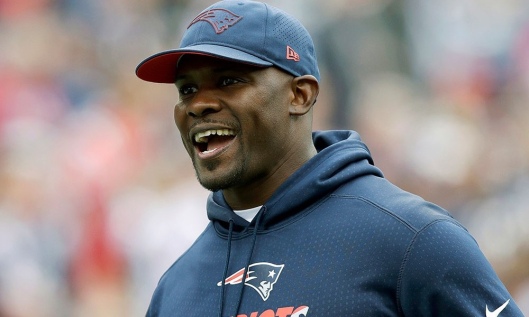 Before we look at those games though, I want to quickly mention the Head Coaching situation in Miami, following Adam Gase being relieved of his duties a couple of weeks ago. It’s looking pretty nailed on that the Dolphins will be recruiting current New England Patriots Defensive Coordinator and Linebackers Coach Brian Flores as their new main man. It’s looked that way for a while, and if you follow the Miami Dolphins on Twitter, you’ll know that they made it very clear very early that he was their favoured candidate. I don’t know a huge amount about him but he’s growing on me from what I’m hearing. He’s very much invested in the ‘winning way of life’ at New England, having been with the team since 2004, and I think that’s something that Stephen Ross and GM Chris Grier will be keen for him to bring over to Miami. One thing that makes me a little wary is that he was the guy responsible for putting Gronk in the Safety position for the Miami Miracle play a few weeks back, but I suppose I could see what he was doing in covering the Hail Mary, so I’ll let him off.

Adam Gase, by the way, wasted no time in finding himself a new job… and some controversy the process. He’s landed the Head Coaching role in the green half of New York, and to say he’s been an unpopular choice is a bit of an understatement. The New York Post’s back page headline of “Jets choose Fish failure Gase to be head coach” the day after his announcement tells you a lot of what you need to know about that appointment…

Onto this weeks games, and lets start in the NFC.

The first game sees a meeting of 2 teams who both finished 13-3 and more than deserve their place in this one. Last week saw the Rams survive a bit of a late charge from the Cowboys to make it here in a game in which their rushing game absolutely dominated, with CJ Anderson and Todd Gurley both having over 100 yard games, and sharing nearly 40 carries. The Saints on the other hand started very slowly on Sunday night against the Eagles, going 14-0 down after less than 10 minutes of play, but 20 unanswered points in the remaining quarters saw them see off the defending champions. That one could have finished very differently though, with Philly getting to within 27 yards of a potential winning touchdown before an interception intended for Alshon Jefferey was picked off – an unfortunate way for Nick Foles career with the Eagles to come to an end.

This weekend though is a tough one. I really want the Rams to win this – I’d like nothing more for my bet to still be alive going into the big game as it’ll make things even more interesting for me, but I’m struggling to see it going that way. I think it’ll be close, but I’m going for the Saints to take the game. Onto the AFC… 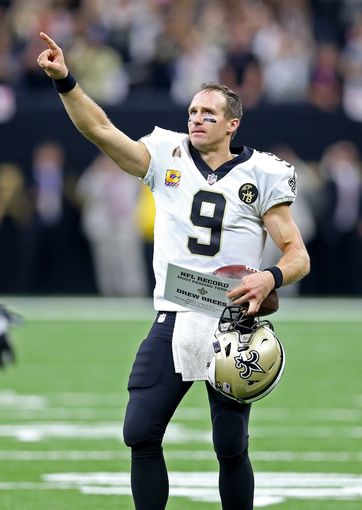 Man, I’m bored of New England. I mean, I’m really REALLY bored of the Patriots making it to the Super Bowl. And that’s not just sour grapes as a Dolphins fan, but it really is about time someone else got to represent the red brand. They have done well to get here though after a slightly shaky start to the season. Last weekend, they were pretty dominant over the LA Chargers, going 38-7 up at one point towards the end of the Third quarter. Sony Michel made his sixth 100+ rushing yard game of his rookie season and is starting to look like he was a pretty handy draft.

The Chiefs were also pretty dominant beating the Colts by 31 points to 13. I didn’t manage to catch much of that game unfortunately, but from what I hear, they fully deserved their win.

But who’s going to make it to the Super Bowl? I really want to say Kansas, but as much as people talk down the Patriots (there was even someone on the NFL Network this weekend suggesting that they would lose to the Chargers and this would be the ‘end of the dynasty’), I still think they’ve got another super bowl in them unfortunately, so I’m going to pick the Patriots.

And that’s definitely not because my picks for the playoffs have been rubbish and I just want to jinx them… or is it!

Before I sign off, for the penultimate time (assuming they win!) here’s a look at how my bet is looking:

Interestingly, the Rams are now joint 3rd Favourites (with the Patriots, both on 4.5), with the Saints current favourites (2.8) and Chiefs in between on 3.6.

So who do you think will make it to the Super Bowl? And what are your thoughts on the coaching moves we’ve seen so far? Drop me a line on Twitter and lets have a chat.

With the big game taking place tomorrow night, I have spent the last couple of days taking a look at the coaching tape from the Philadelphia Eagle’s big win over Minnesota Vikings in the NFC conference championship game.

This was an interesting to look at as for much of this game if felt like there was not as much between the Vikings defence and the Eagles offence as I felt when first watching the game. However, the Eagles were able to move the ball effectively for a lot of  the contest and it was a couple of bad plays in the secondary that really stretched the score line in the Eagles favour alongside the Vikings’ inability to move the ball with their offence.

The Eagles were able to run the ball effectively thanks to a combination of LeGarrette Blount and Jay Ajayi with Corey Clement also chipping in with some nice plays as a third running back. This genuine run threat allowed the Eagles to make effective use of play action and RPO. Now there has been a lot of talk read-pass-option in the NFL recently and so it is clearly an area I need to read up on in it a bit. The basic idea is that you have a play where the quarterback can either throw or handoff the ball depending on how the defence lines up. I certainly saw plays that would fit the bill and you do generally see more quick pass plays with the offensive line run blocking these days that would seem to fit the bill. I am a little hesitant to be too definitive as I don’t have the benefit of knowing the play calls or extensive discussions with coaches to help me pick them out on game tape (these posts are called amateur adventures in film for a reason) but I can see how it would be effective in the hands of the right quarterback.

RPOs are one way to attack a team, as is misdirection and that is definitely something Doug Pederson brought to his offence in this game. There was a lot of pre-snap motion from tight ends or receiver Nelson Agholor who ran as many fake runs as he did taking the ball from Nick Foles.

In fact this seems like a good time to talk about backup quarterback Nick Foles as he was really good in this game and not just from running quick pass plays. The impressive thing was how he was able to hold the ball on third down and find receivers. The pass towards the end of the second half that saw Alshon Jeffery score a fifty-three yard touchdown was nice but thirty-nine year old corner Terance Newman was beaten pretty easily for Jeffery to get behind the defence. However, there were other really nice throws where he had to show good pocket presence or roll out to throw the ball and I think my favourite play was the flea flicker that the Eagles ran in the third quarter to Torrey Smith who beat Trae Waynes on a stop go route, which combined with the hand off of the flea flicker was pretty devastating, and Foles was able to lead Smith into the end zone with the throw so that Harrison Smith playing deep safety on this play couldn’t get across to stop it.

The fourth quarter saw the Eagles run out a lot of clock effectively with a single back formation with an extra offensive lineman and two tight ends, but part of the effectiveness was the ability of Jay Ajayi to attack the edges of the defence although he is a powerful back can make yards go up the middle.

One of the things I’m most curious about for the Super Bowl is to see Pederson and his staff go up against Belichick and his coaches.  It should be a really well coached Super Bowl and the Eagles’ offence has a lot of tools that you can use to attack a defence that has given up a lot of yards this season. Much rests on how close to this performance Nick Foles can get, but I saw a lot to like as I will write about tomorrow when I preview the game.

Finally, this is a tough one for the Vikings who had a couple of injuries and a couple of bad plays, but they weren’t so far away from competing in this game but it was a bad timing for their performance level to drop for what has been one of the best defences in the league this year. This is one of the big reasons why they will be sat at home watching with the rest of us tomorrow.